The Clown Who Lost His Circus

Willing the clown wakes up one morning to find that his circus has gone without him. His friend Lester the Jester (a puppet) has a solution to the problem. "Forget the old circus" he says, "we can make a new circus here with the audience". Together with the audience a new circus is made, the children construct an imaginary tent and play the part of circus performers. Willing performs his clown show for his new circus colleagues.

We have created a new Corona-friendly concept for the participations parts of the show.

"(...) 'The Clown who lost his Circus' is a simple play, but the young spectators were swept away for exactly that reason, and were then directly included in the actions. The exciting and interactive play tells the story of a clown (...)"

"(...)„We invite this theater group every two years and have had great experiences,” says English teacher Jana Simon. The kids, which have been learning English for max. one and a half years, don’t have any problems understanding the play. Cheers and roaring applause for Peter Scollin from minute one. (...)"

"... Acrobats and tightrope walkers, jugglers, musicians and clowns were brought in, each number more skillful than the last, and everyone was astounded at what they could do. The audience built a big imaginary circus tent together and applauded the brave participants..."

"... The Australian-born actor understands how to motivate the children to take part, despite the foreign language. With lots of pantomime, he tells of acrobats, wonderful lady jugglers and tightrope walker Antonio. "Show me your muscles", he calls to the children. Soon he has picked four strong boys and girls to help him to build an invisible circus tent. ... There is lots of applause for all the participants. ... And at the end the children have all learnt: Understanding and speaking English isn't so hard."

"(...)Peter Scollin, director, actor and musician of the independent theater group Platypus from Berlin, did a lot of clowning and made sure everyone kept moving. "The clown who lost his circus" was very well received.(...)"

"(...)The children are surprised, how much they can understand and say, the rest gets communicated through hands and feet... At any rate, the atmosphere in the room is great. There's always cheers and roaring applause. When Peter Scollin leaves the stage after several encores, the children crowd round him. As they leave everyone gets an autograph and a red nose. The children all agree that Clown Willing should come again soon. Next time they will even know what "Zugabe" (encore) is in English."

"...Todays play, which we saw with pupils from the 4th year was really good. All the children were inspired and felt included...You’ve got it right again: appealing plays suitable for children, which are in English, and all the children understood it, even though not one word of German was spoken. (..)." 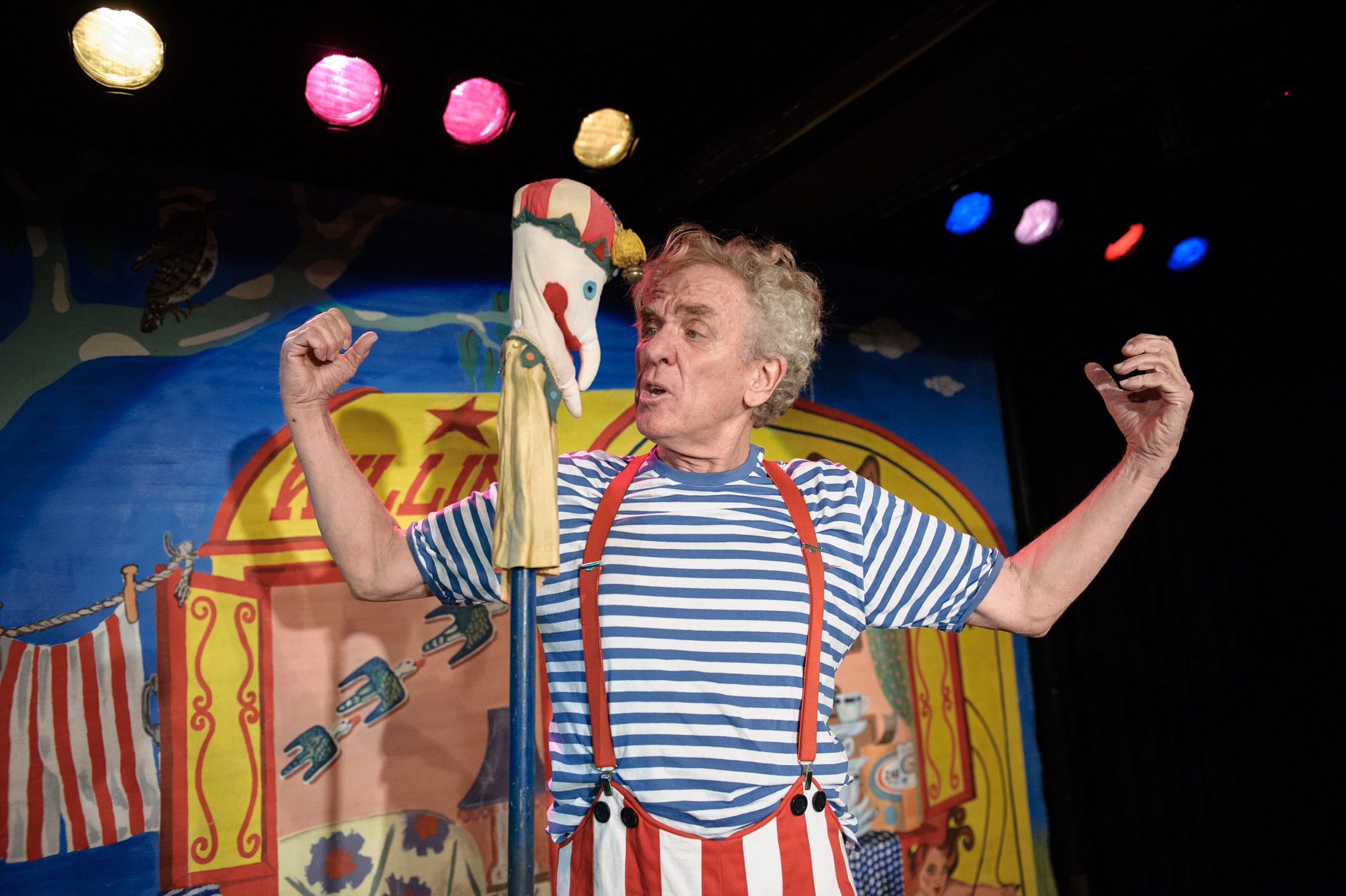 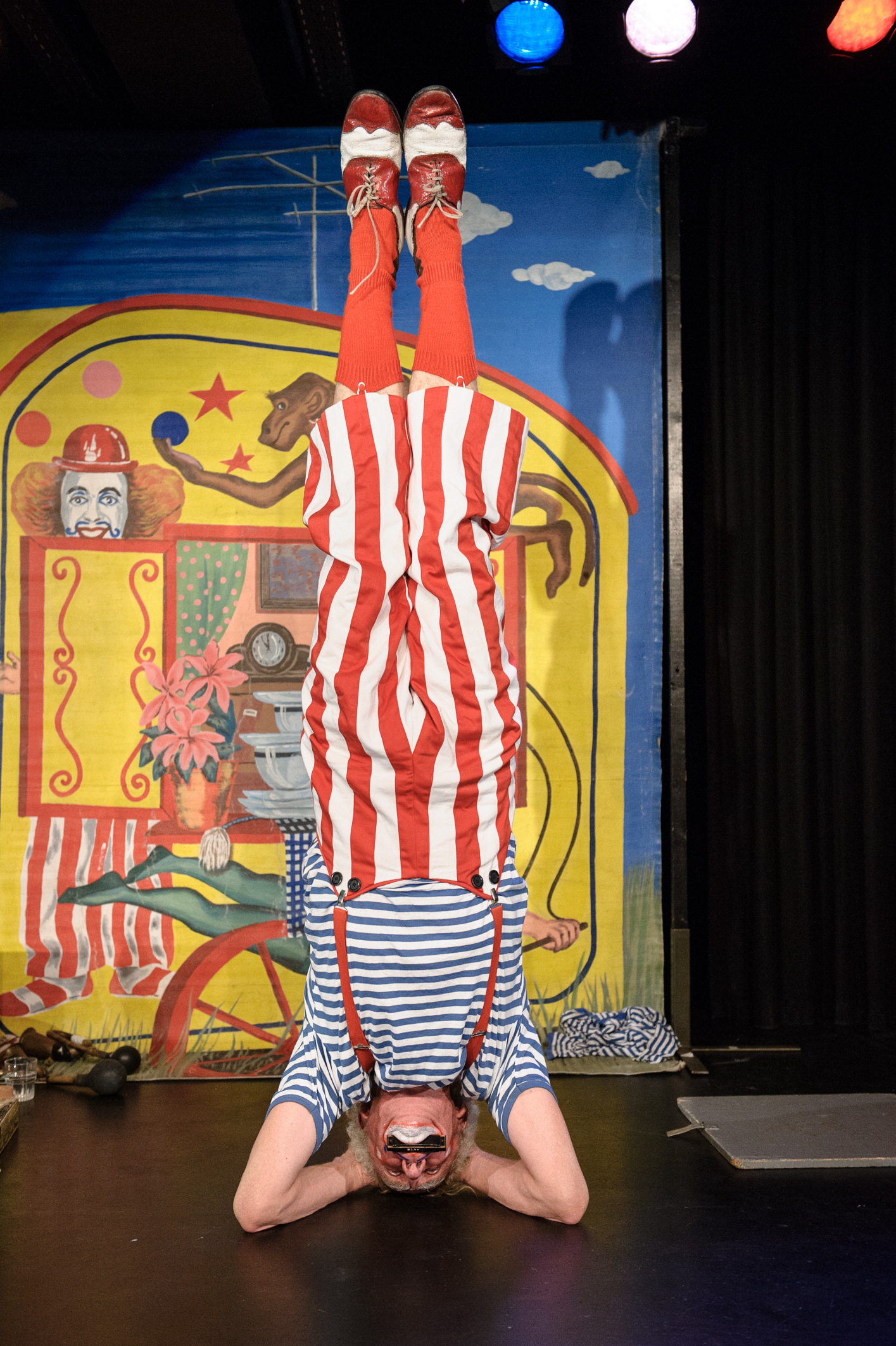 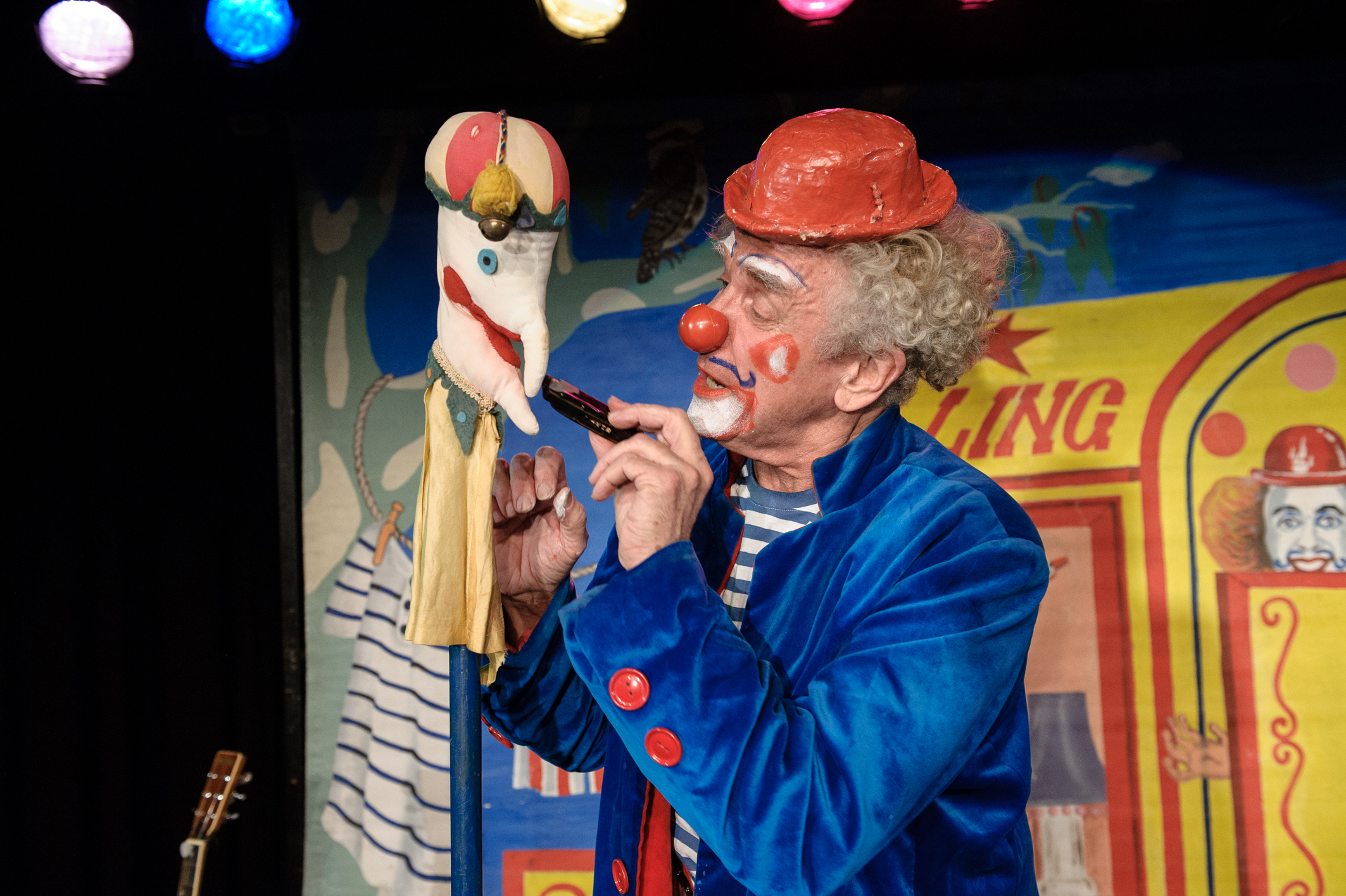 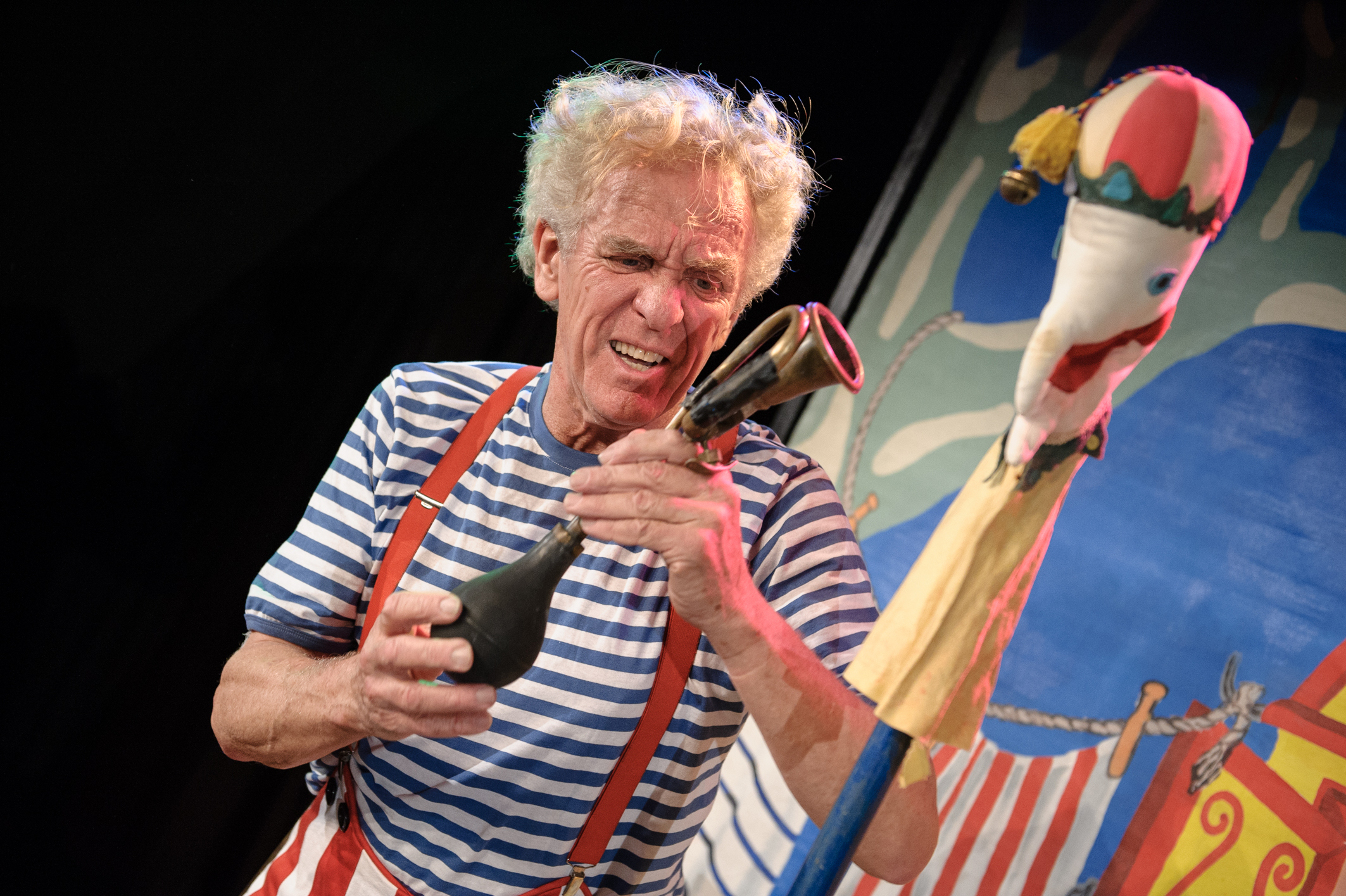 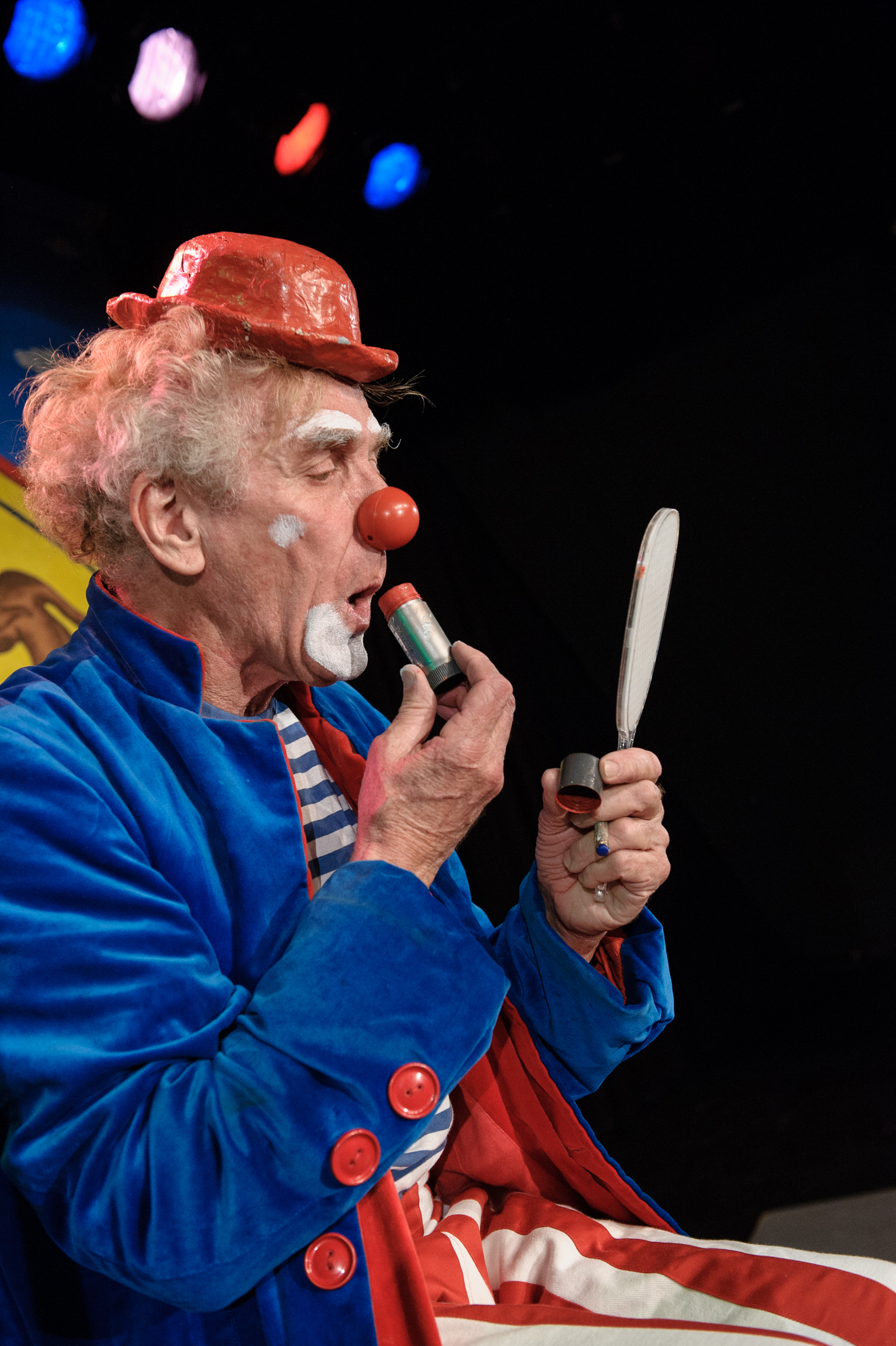