I would like to tell the story of our WG. This is where it all started. Maybe it’s enough to say that Platypus Theater would probably never have been born if Anja and I hadn’t been living there.

November 1983. Friedrichstrasse 231. I moved into the fourth floor loft in Friedrichstrasse 231, with my wife Anja. The loft was in Kreuzberg, West Berlin, 500 meters from the Berlin Wall and Checkpoint Charlie. Back in 1983, it wasn’t a fashionable place to be living. A newspaper article in the Tagesspiegel describes the streetscape as "kriegszernagt" (gnawed away by war). There were big gaps between those few buildings which had survived the bombing at the end of World War Two. It wasn’t exactly legal for us to be living in this loft, but we weren’t squatting. Officially, it was a commercial property and not a living space. To circumnavigate the law we declared ourselves to be a Pantomime school.*

Herr Becker, the real estate manager with whom we signed our contract, probably suspected we intended to live in the space but was happy to be receiving income for the factory floor which had previously been used for making cardboard boxes. Our initial rent was 2100 Deutsche Mark (approx. 1070 €) per month including V.A.T. (Mehrwertssteuer) and heating. We thought we were being clever in posing as a Pantomime School. Such a school would be viewed as a quiet business, there’s no noise involved in pantomime lessons. I had been taking mime lessons with Irshad Pantajan, in his “Pantomimen Werkstatt” in Suarezstrasse, Charlottenburg. If anyone was to investigate the legitimacy of our pantomime school, I could quickly slip into the role of a mime teacher and the other inhabitants could be my pupils.

There was noise however. Noise came from downstairs and it was sometimes annoying for us. There was a knitting factory one floor below us. The machines were operating day and night, click, clack, click, clack. On the second floor there was a printing factory. A different and louder noise came from there, thump, thump, thump, thump. In the cellar there were rehearsal rooms for bands, and at night the sound of the bass and drums came all the way up to the fourth floor.

There were seven of us, three women and four men. Two couples, three singles. We had decided we wanted to try group living. It was really hard to find flats to rent in the eighties in Berlin, especially large flats, so we looked for commercial properties. Eventually, we found the empty factory in Friedrichstrasse. We weren’t united by an ideology, a philosophy or religion. We all thought there were certain advantages to group living: it was an antidote to isolation and loneliness; it meant we could share cost of renting and share the burden of shopping, cooking and cleaning. If children were to be born, we could share the child minding. To be living with a group of German speakers provided me with the chance to deepen my knowledge of German.

At the beginning of the project we all invested 2,000 Deutschmarks for the building materials. We knocked down a few walls and transported the building rubble in small plastic bags downstairs into the van which we purchased together in order to transport building materials and rubbish. Luckily, we had a lift. Our factory space was 285 square meters. There were only a couple of walled in rooms so we erected plaster board walls to make rooms and built a kitchen. As well as this, we put a bathtub in one of the two toilet rooms, put tiles on the walls and did a lot of painting, the larger areas being done with a big spray painting machine.

The renovating phase was exciting and strenuous but it went really well. We had a mission and a goal. I learnt a lot of new German words, particularly words related to building and renovating. “Schnellschrauber, Bohrmaschine, Rigips and Besprechung.” We had lots of meetings to plan the various stages of work. I wasn’t all that good as a tradesman, but I was a good assistant and thanks to my acting training was able to give encouraging motivational speeches at the beginning of the various building stages. When we had successfully completed a job, we had an “Erfolgserlebnis” (an experience of success). We had quite a lot of successful experiences and we had big parties too, each of us could invite 30 people.

Our living room was a carpeted space of 65 square meters with a small elevated stage. It was one third the size of a tennis court, big enough for Anja and me to be able to conduct rehearsals for the play we were working on together. During our rehearsals, some of the W.G. members would walk through the living room to go to the toilet or the kitchen. They would sing along with the songs and discuss the plot with us in our breaks. We had a date for the premiere and a title for the play but we had no name for our theater. The organizer, Eberhard Schwartz, wanted to know the name of our theater so that he could promote us properly.

So there we were towards the end of 1984, sitting around the table after dinner one night, brainstorming on a name for our theater group. We generally ate together in the evenings. Each of us had one day on which we would do the shopping and prepare a warm meal for everyone else. We had a roster for cleaning. We shared one telephone which had a very long cord and we all wrote down messages in a notebook which lay next to the telephone. After much discussion, with the help of our flat-mates, we decided to call ourselves Platypus Theater, in honor of this truly remarkable Australian animal.

We lived in the initial constellation for almost two years. Our ability to live together harmoniously decreased after the building phase was over. We tried to develop some sort of community spirit through group singing, group juggling, yoga and meditation, but personal conflicts a got in the way. We no longer had a unifying task. The ufaFabrik, which was also a “child of the eighties,” is an excellent example of a living community which survived and developed because it had a mission beyond merely living under the same roof: www.ufafabrik.de. Anja and I lived in the pantomime school with various other people until mid-1988.

In our next installment, you can read about how we devised our first play, “Der Clown im Land der Känguruhs”.

VLOG: Peter talking about Berlin of the 80's 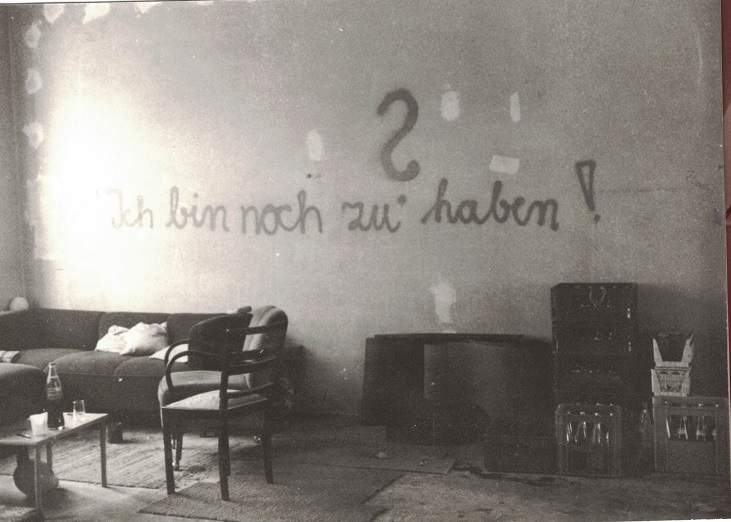 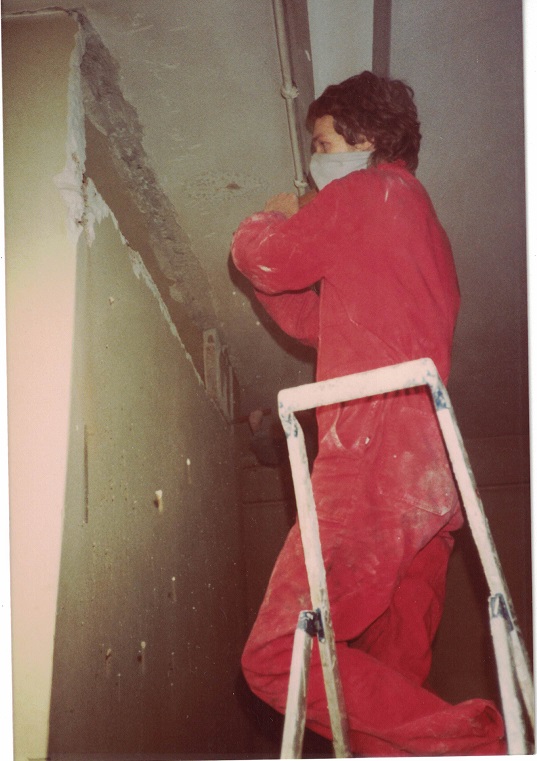 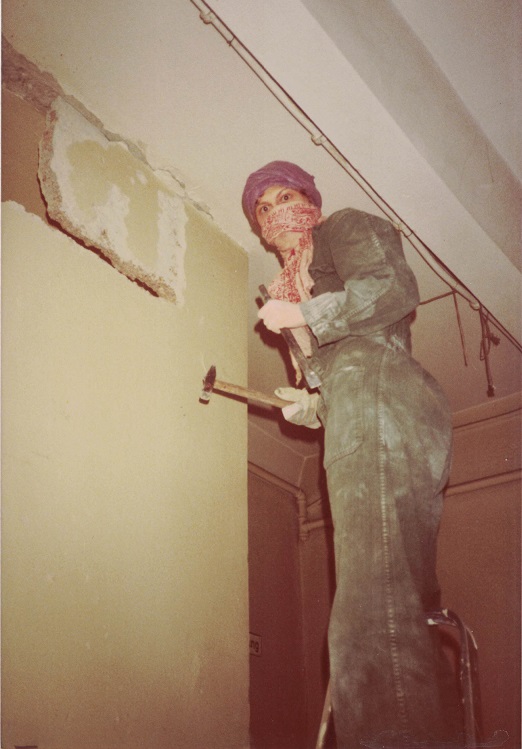 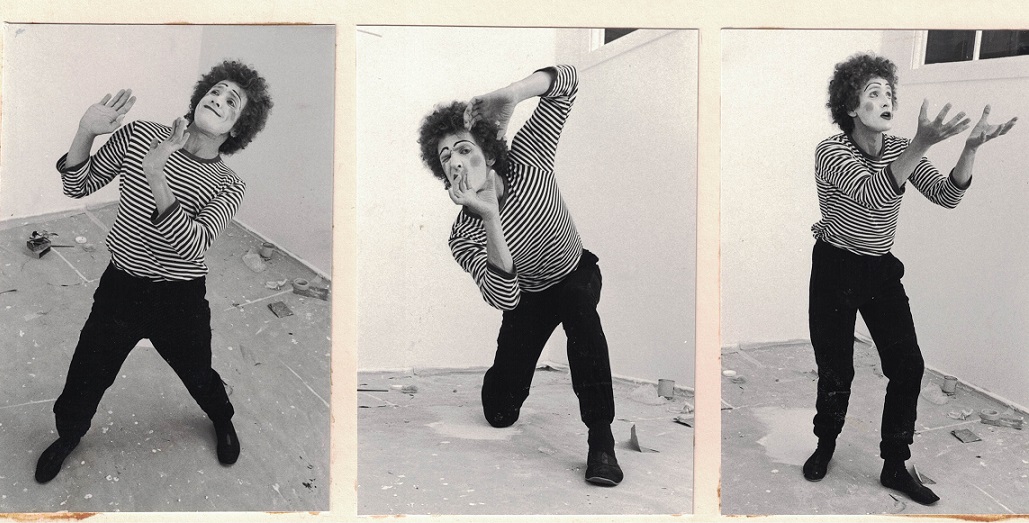 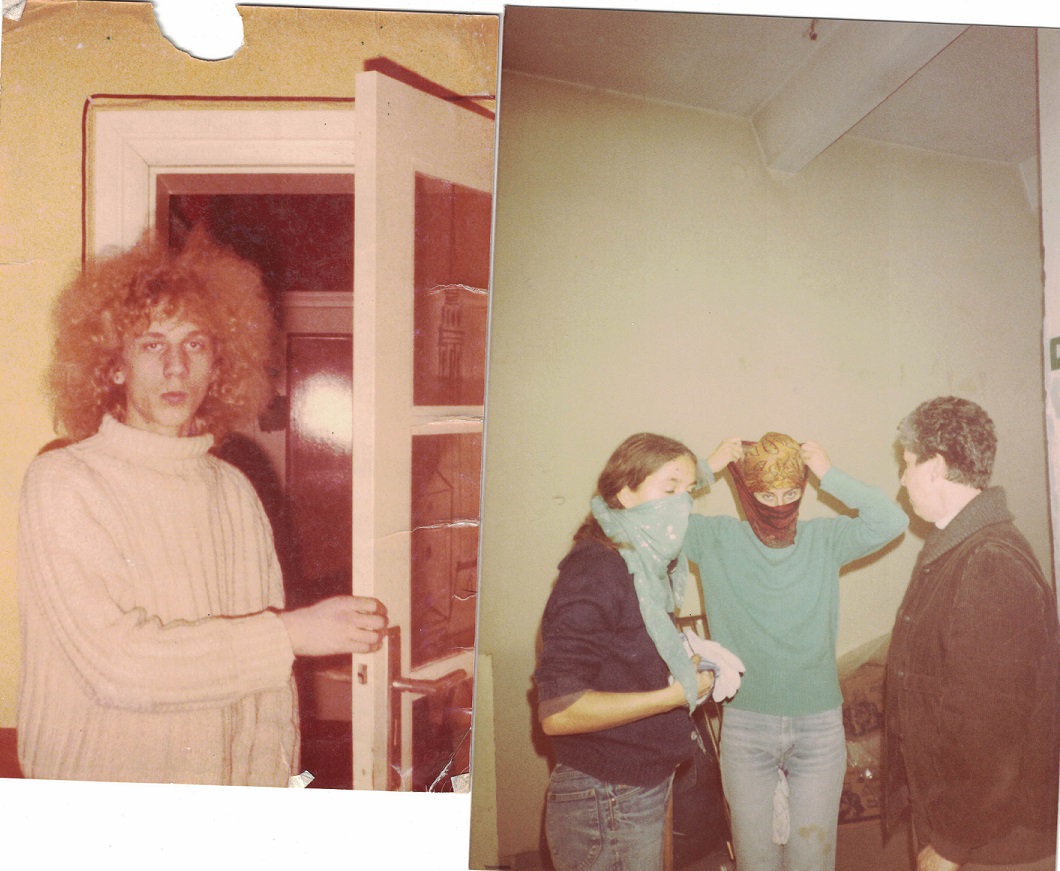 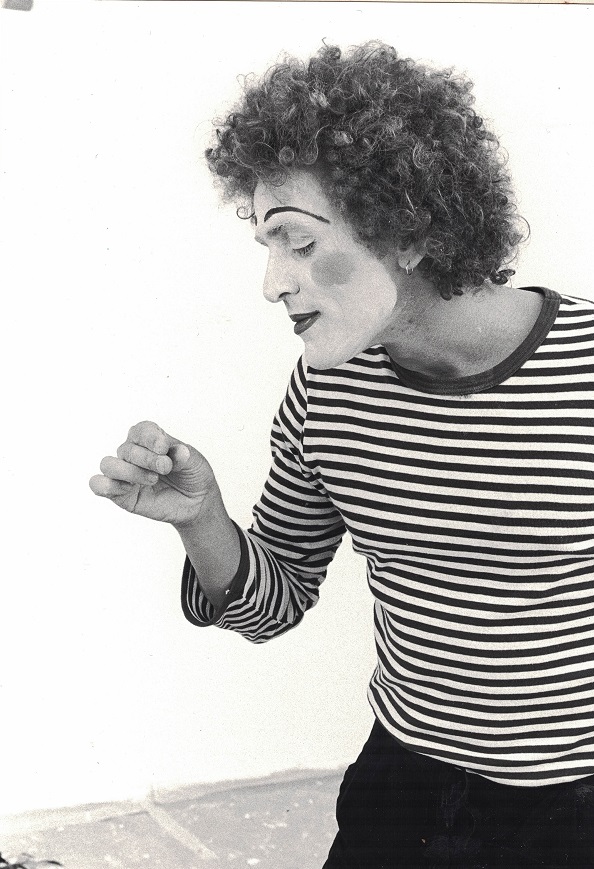 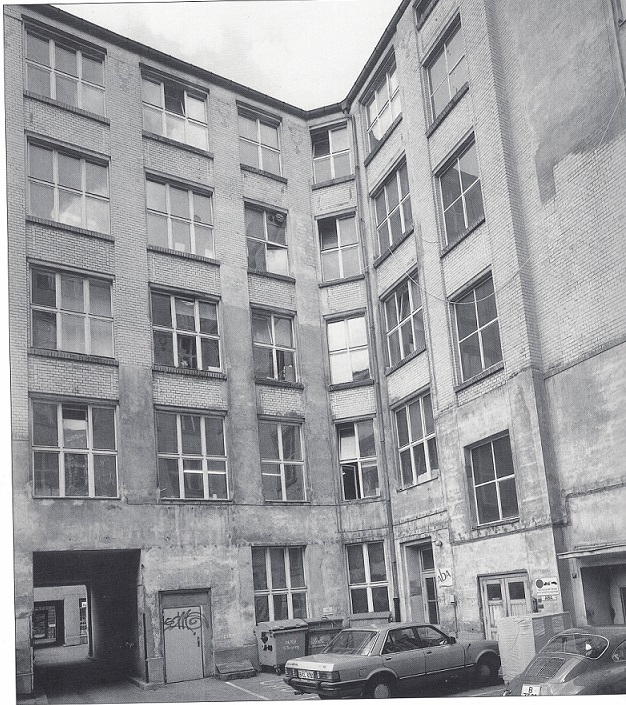