1989. Coming up with ideas for original plays is demanding. It’s difficult to devise one original play after another. Having done two original plays, ( Kangaroo and Finkelstein) we decided to adapt a short story into a play. I found “Jean Labadie’s Black Dog” in an anthology of stories which were designed to be told aloud. In the notes at the back of the anthology it said “telling time: 12-15 minutes” and recommended it for the 10+ age group. It was a very old story, handed down orally from generation to generation. It originated in French Canada and centred around a story teller named Jean Labadie. He was the most popular story teller in the parish and acted out every story so it would seem real.

One day Jean Labadie noticed that his flock of chickens was getting smaller and smaller. Someone was stealing his chickens. Jean doesn’t want to directly accuse his fellow villagers of stealing. He depends on his neighbours in all sorts of ways. In order to scare off the thief, Jean Labadie invents a story about a wild and vicious dog that is running loose in the area. He describes the dog so vividly that everyone in the village believes that the big black dog really exists. His story gets out of control, so Jean Labadie tells the villagers that he will return the dog to the Indian tribe where it came from. But on returning from his journey to the Indian tribe the villagers claim they have seen the dog again. It’s back in the village. Jean calls all the villagers together and shoots the imaginary dog.

It’s a clever and witty story about hysteria, honesty, and being threatened by an outside force. We applied for funding for this play from the Berlin Senate and received 20,000 Dm. This meant we could employ a director, Siggi Jakobs, a set designer, Erik Veenstra, and a costume maker Lillemor Hartman. We decide to add live music to the play and engaged Kathrin Megnet to play cello. We even had money to pay for a poster for the play. The premiere was on June 15th in “the Antenne”, a youth club on Mehringplatz in Kreuzberg.

We did the play in German. Anja and I were the actors, but playing out the story required more than two characters. Instead of using small puppets for the extra characters, we used flat, life sized figures made out of plywood. These figures were made by Ilmar Caruso, an Australian artist living in Berlin at the time. There was a hole at shoulder level for my arm to go through. These characters had painted faces and costumes were glued onto the plywood. We had three very cute chickens made for us by a puppet maker Ralf Wagner. These were the ones that were stolen from the chicken pen in the story. We rehearsed in our newly acquired rehearsal space in the third floor of Werner Voß Damm 54b. This building was an old army barracks dating back to World War one. Eric, who had recently arrived in Berlin from New York, built the set in the hallway.

The process of making the play was difficult. There were quite a few people involved and there wasn’t enough clarity at the beginning. We developed the text as we went along. This is a bit risky, particularly if the team working on the play don’t know each other so well. Things tended to get complicated. There was a clash between the style of the set and the style of the costumes. It’s hard, even in retrospect, to admit that we made mistakes, but we did. We were learning by doing, not only learning about how to make a good piece of theater, we were also learning about how to work in a group, how to divide up the tasks, how to make decisions and how to market plays.

We also had a problem with marketing the play. At that time we had difficulties attracting school classes to our plays. The ideal age 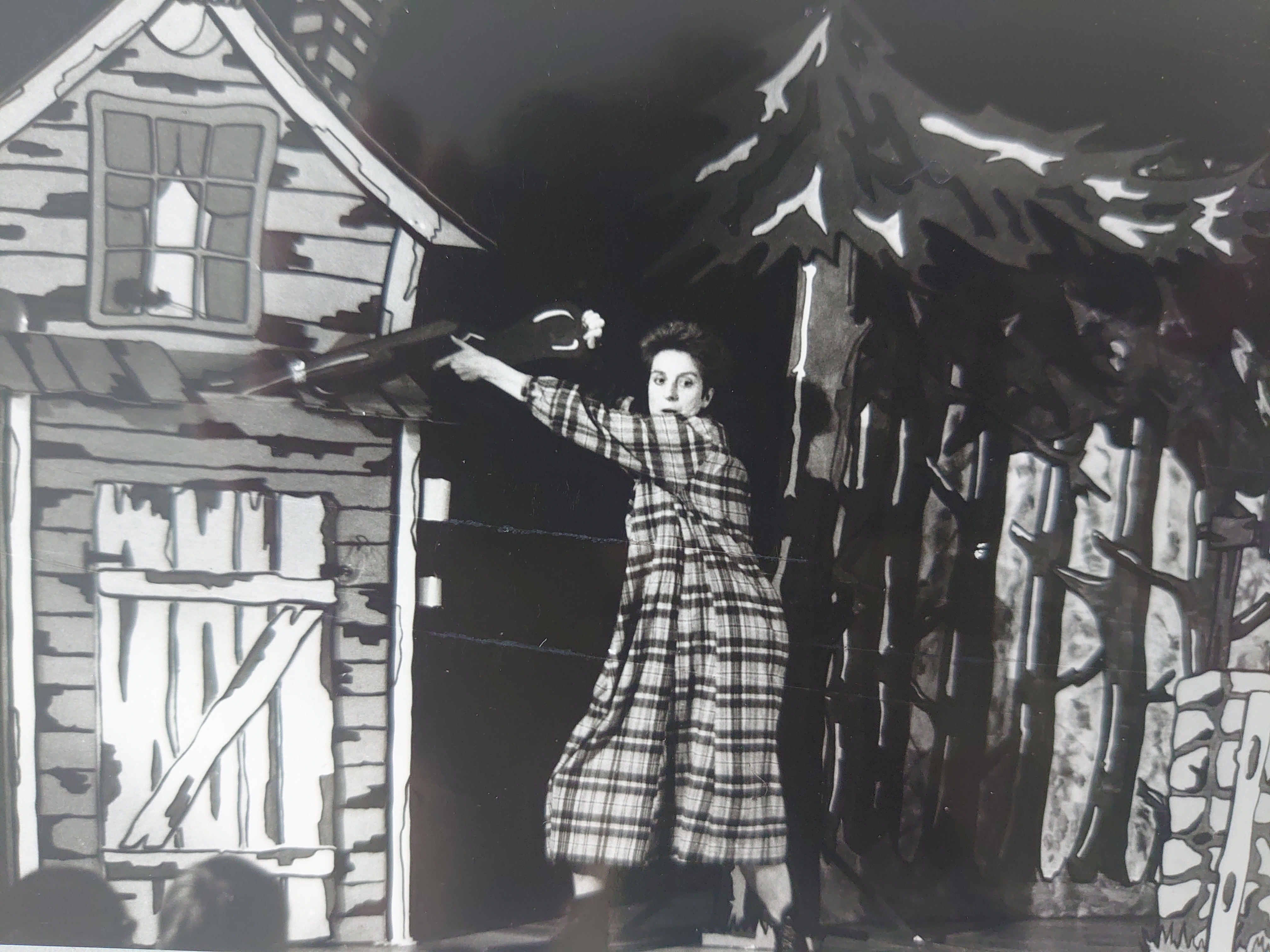 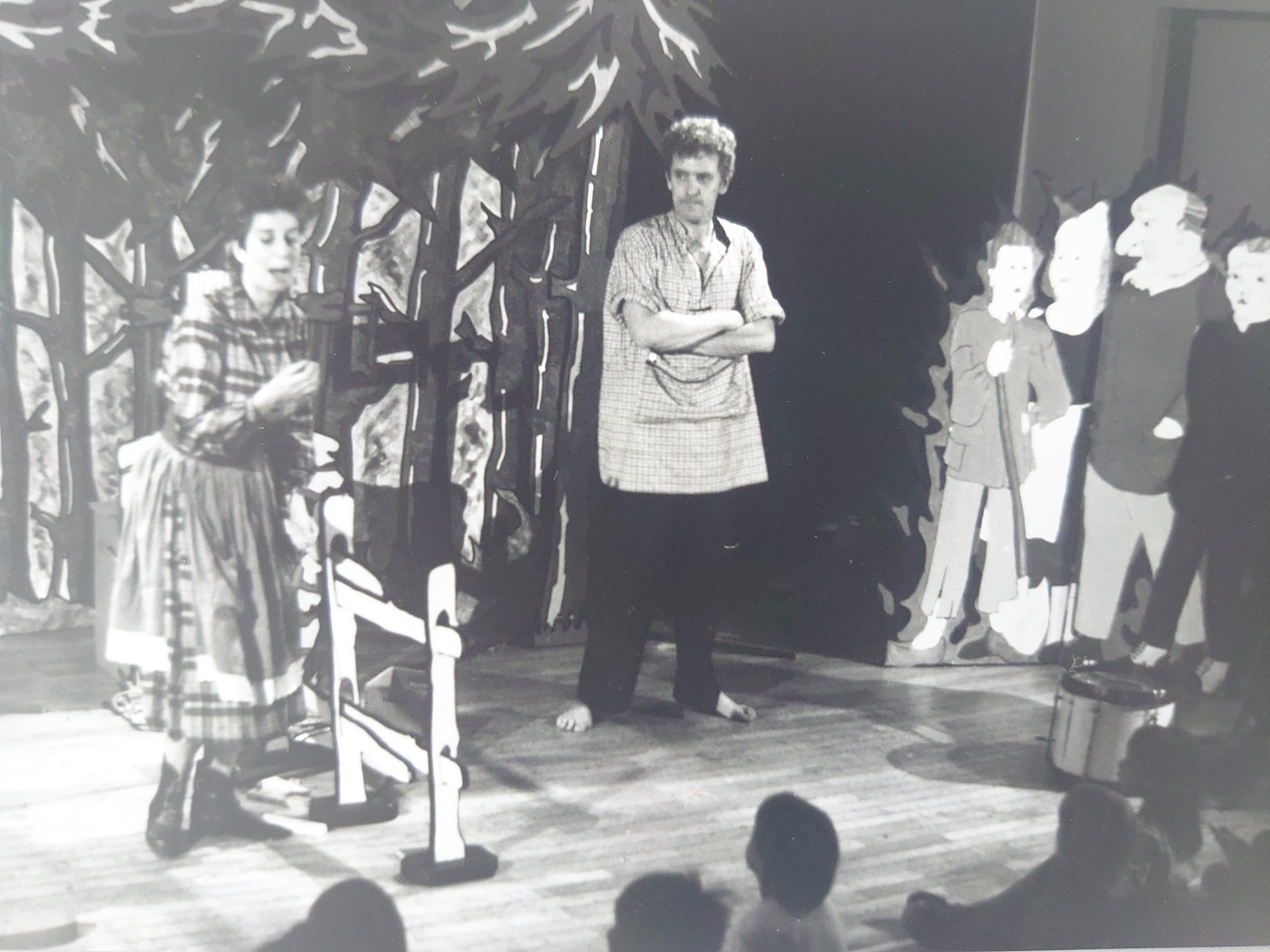 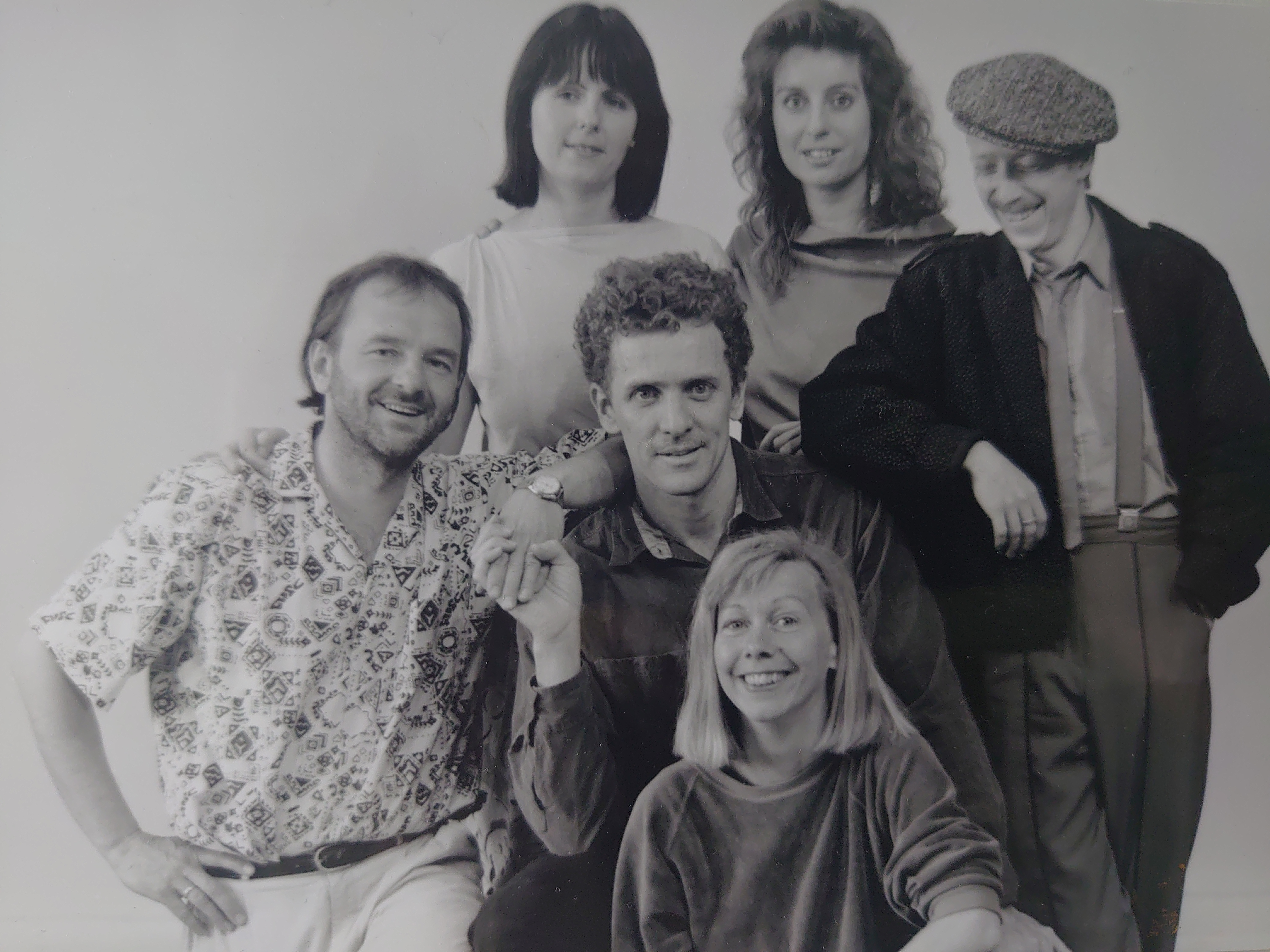