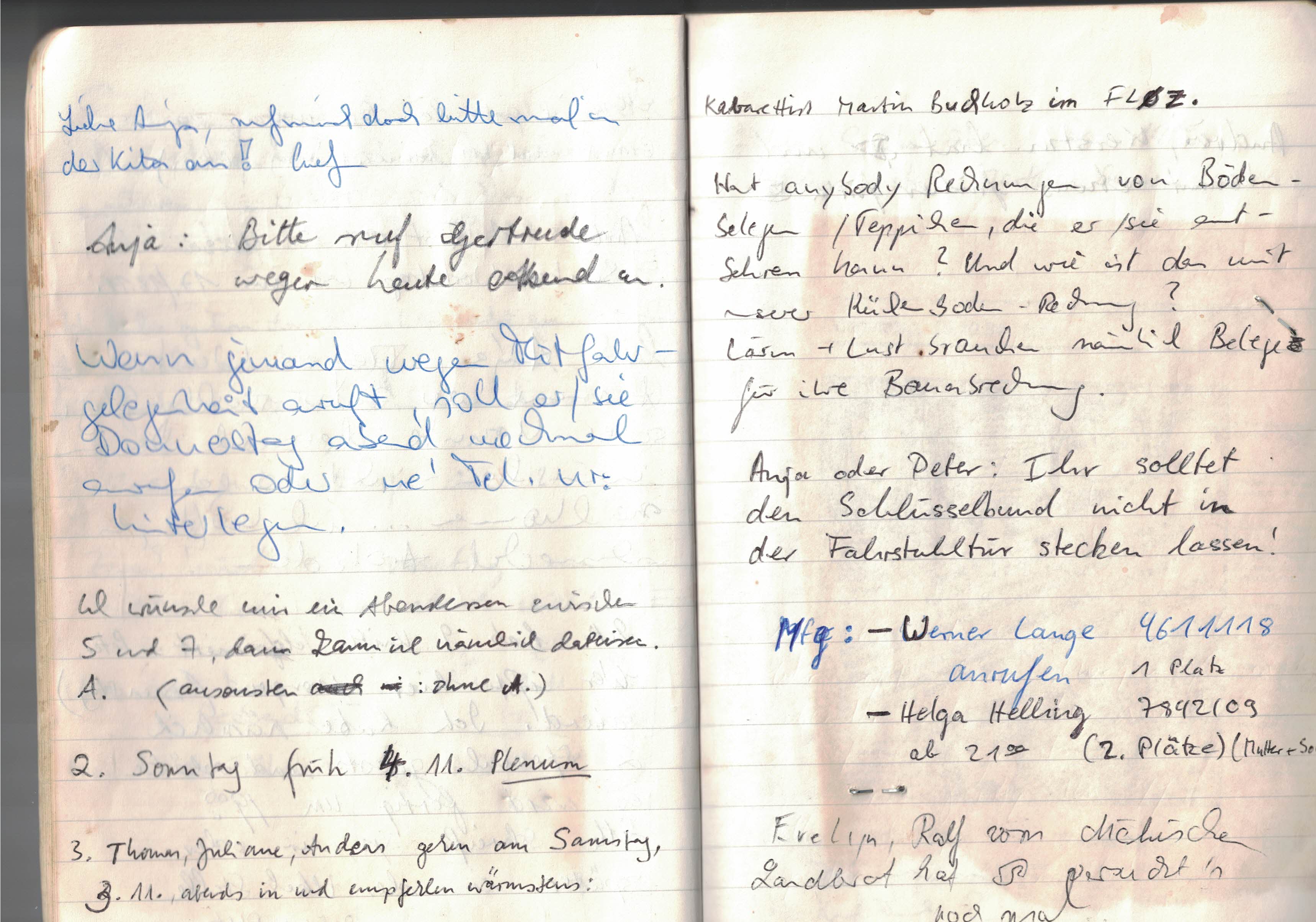 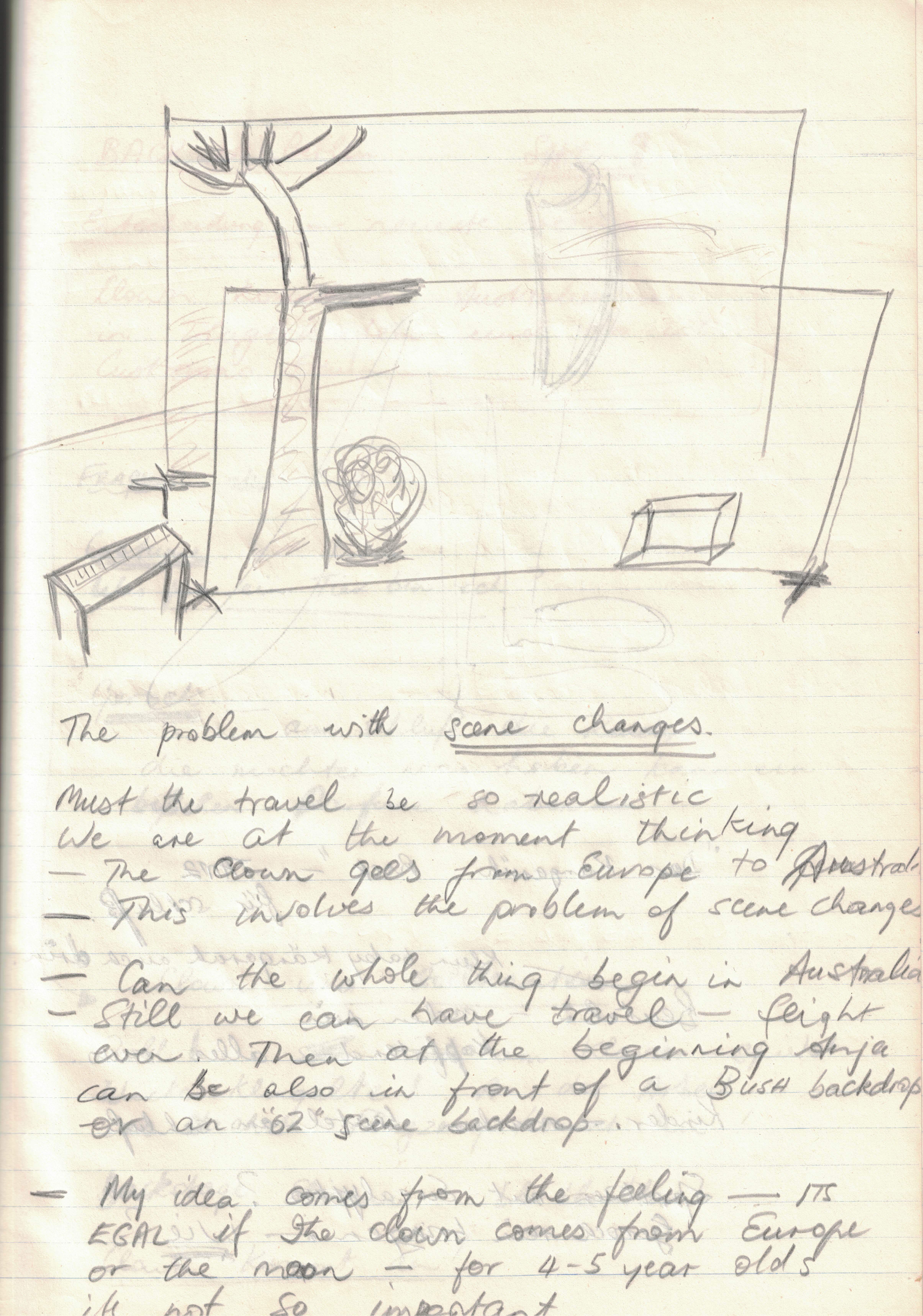 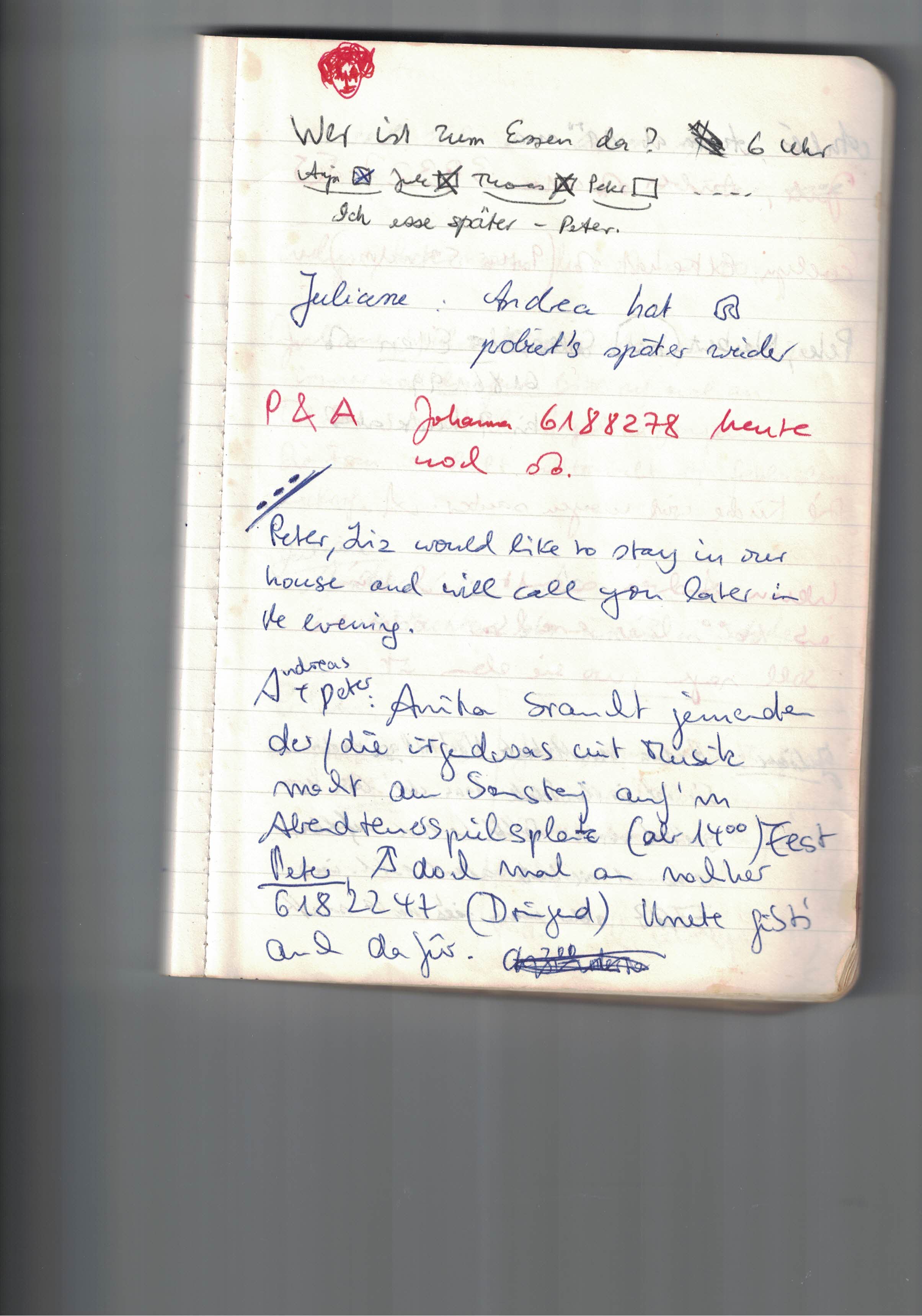 I had been in Germany for two years. After finishing a 9 month course in German, I worked as an educator in a small kindergarten with twelve 3-6 year old children. Working on a daily basis with these kids helped me to understand what makes them tick. I was forced to communicate in German. I used to play with animal puppets with the kids, tell them stories and sing songs. I was still struggling with the German language but keen to resume full time acting.

Anja decided to quit her job as a social worker and we started brainstorming on ideas for a play together. In retrospect, it was quite a radical step for Anja to leave secure employment and to move into the insecure world of theater-making, but that decision reflected the pioneering spirit of the early eighties. Anja had been on tour with me in Australia and was attracted to the way of life. I quit my job in the kindergarten and, being homesick for Australia, the seeds of a story about a clown travelling to Australia and meeting strange and wonderful animals began to grow.

Clowning was popular at the time. The concept of what it was to be a clown was changing. A clown was no longer only to be seen in an eight minute act in a circus ring. I had been working on clowning in Australia before I moved to Germany. Jacques Lecoq was very influential at the time. Lecoq provided methods for actors who wished to create their own work rather than doing plays written by playwrights. Creating our own work was what Anja and I wanted to do. There wasn’t a lot of theater for the 3-7 years old age group at the time and we decided to target our new play on that age bracket. The play had to be in German, there was no question about that.

We continued to flesh out that basic idea of me playing the clown who would travel from Germany to Australia to meet the kangaroos and other exotic animals. It was bizarre for me to be playing a German clown and to be speaking German with an unmistakable “English accent” and for Anja to be performing the role of an Australian kangaroo and speaking perfect German. After performances of the play, the kids from the audience would often ask me why I spoke so strangely. Perhaps they thought I was speaking with an accent on purpose, but I wasn’t.

“Kevina” the kangaroo had a baby kangaroo named “Joey.” Our young audiences loved the baby kangaroo, a puppet made by Anja. The puppet could be played by poking its head out of Kevina’s pouch and was a very strong source of identification for the children. The turning point of the play was when the villainous platypus “kidnapped” the baby kangaroo. The audiences reacted very strongly, they didn’t like the platypus at all. The platypus was, however, forgiven in the end. He was jealous of all the attention that was being given to kangaroos and wanted his share of the limelight.

Creating your own work, devising your own play, involves a lot of patience and trust in the process and the people you are working with, it can be an emotional roller coaster. There are ups and downs and a lot of give and take is required. We decided we needed a director and engaged Dominic Power, an English actor who had been living in Berlin for a few years and who had worked at Klecks Theater in Neukölln. He was experienced with puppetry and with presenting plays for the very young. We learnt a lot from Dominic. His expertise, his contribution of ideas and his “British humour” was invaluable in producing what eventually turned out to be a very successful and long running play.

We paid for the production costs for the show from our savings and made the props and puppets ourselves. Anja made the platypus puppet out of the material of an old lounge chair that we had in the factory. We decided to use a painted backdrop as the set for the play. Painted backdrops are one dimensional but practical, good for transport and easy to store away.

The premiere of “Der Clown in Land der Kängurus” in Nachbarschaftsheim Schöneberg was very well received. At first we were worried about whether we could make a living from performing. After a while however, we started to gets lots of bookings in West Berlin. Our flat mates kindly answered calls on our shared house phone and jotted down booking related telephone messages for us. We were already in “home office” mode way back then. We performed in libraries, kindergartens and youth clubs and translated the play into English and performed in the Edinburgh Festival in summer of 1985. By this time, Anja was five months pregnant…soon we would have a real baby to deal with and not just a puppet…stay tuned for the next episode!

Excerpts of the play. Anja and Peter performing, 1991.

Rehearsed and devised in Friedrichstrasse 231. Berlin 10969. 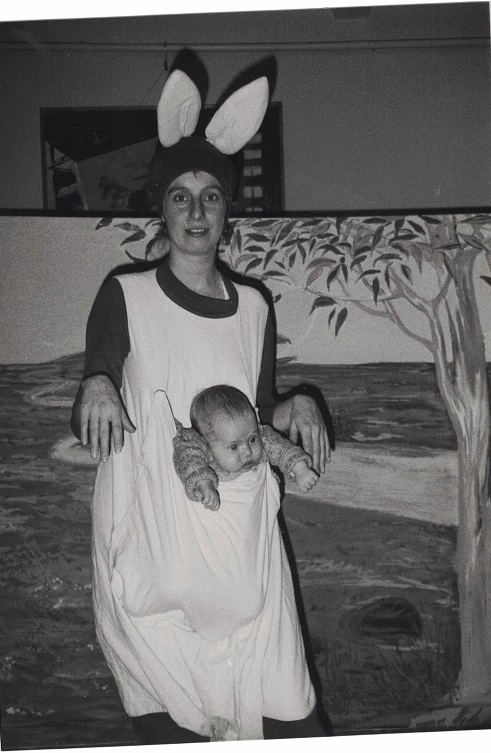