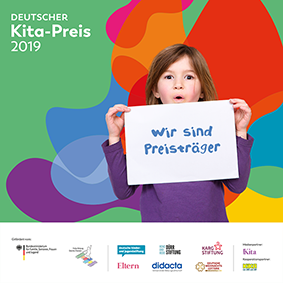 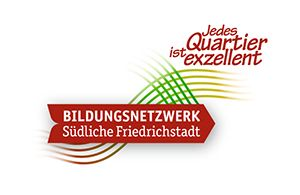 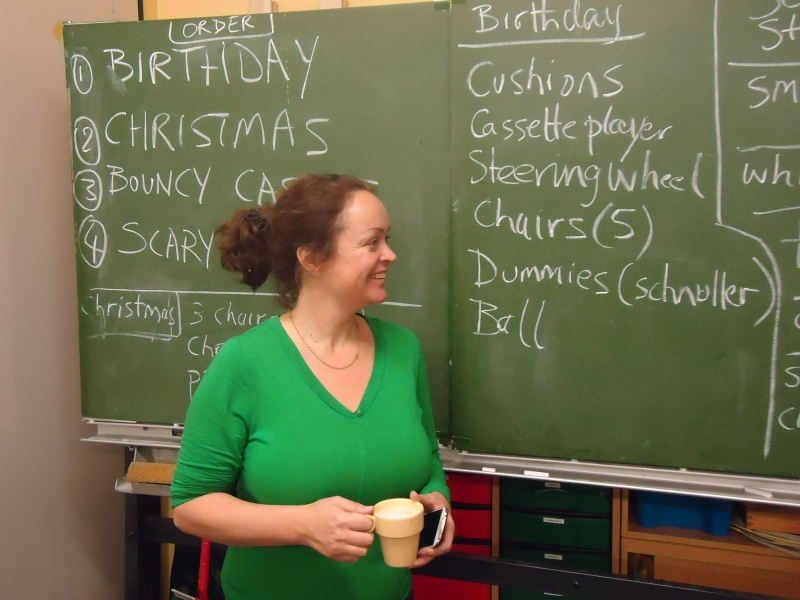 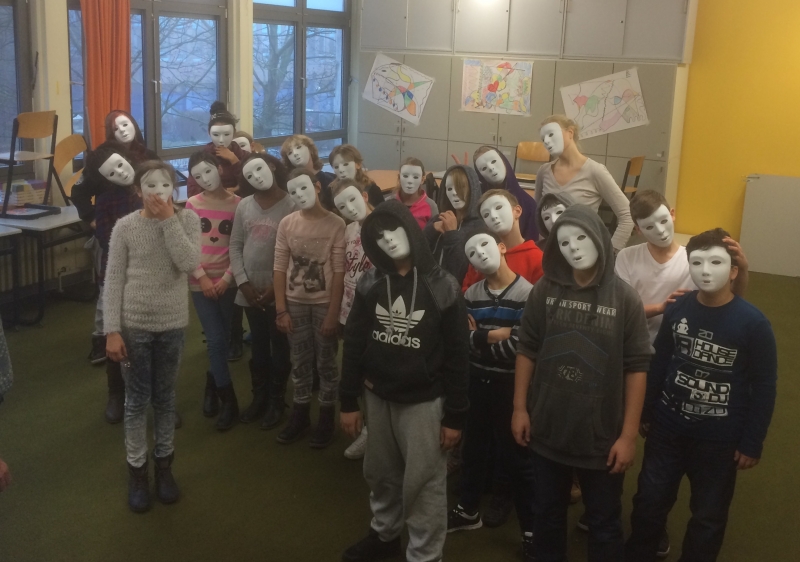 Platypus Theater conducted a game and photography workshop in cooperation with the pedagogical director in three groups of the nursery 'Kindervilla Waldemar e.V.'. The three to four year olds learned how to use a digital camera and were allowed to take pictures whenever they wanted to. Platypus Theater and the pedagogical director devised games, resulting from observations made the day before. Each supervisor practiced the writing of educational stories, according to the New Zealand Model. Additionally, the whole team received two trainings on the topics of photography and educational stories. The photographs depict interesting perspectives and the kids enjoyed the project very much.

The network received the 2. German Nursery Price 2019 for the concept of collectively learning through exchange and micro projects like this one.

Our third partner school was the Hermann-Schulz-Primary School. 2016/17 we devised a play with a 5th grade, mocking Greek mythology - 'Good Gods What a Mess' successfully premiered at the TUSCH festival in Podewil.

2015/16 we devised a play with a 6th grade in English depicting different scenes from 'The Wizard of Oz'. It premiered on 09.03.16 in Podewil. The students were eager and enjoyed the rehearsals very much but also had to face stage fright and difficulties with the English language. We constantly worked on the structure of the piece in order to make sure that all of the students and their skills were integrated. Costumes and masks helped to fully engage in the play and the role, songs and speaking in a chorus helped to overcome the fear of the English language. Mystical and magical moments were created through the lighting design and shadow play. The stars of the show were the sixth graders at Hermann-Schulz-Grundschule in Reinickendorf and Melissa Holroyd, Joshua Spriggs and Peter Scollin who regularly worked with the kids.

Heike Ulbrich, Gülen Ipek Abali and Melissa Holroyd, developed  “Träum doch weiter!“ (“Dream On!”) with the children of the Aziz-Nesin-Grundschule. "Dream on!", was about a group of children who flee to an underground vault, in order to protect themselves from a landslide. The children’s’ fears, dreams and aspirations surface in this exceptional situation due to their unknown wait and these are expressed in a collage of scenes. The focus of the activity follows the theme “What great dreams does one have for one's life?” For example, a few boys want to become professional footballers. These characters were brought to life and came together in a dreamt up scene.
The background story and the feelings that were evoked as a result of this were used as a basis for improvisation. Scene material was collected and tested using various methods. The children spoke in the language of their choice, mainly in German.
"Träum doch weiter!“ (“Dream On!”) was presented during the TUSCH Festival week in March 2013 and again in the ufaFabrik Theater for friends and family.